Wildwood Crest Commissioners Joyce Gould, Don Cabrera and David Thompson were sworn into office on Jan. 3, 2018, and will serve as commissioners through Dec. 31, 2021. 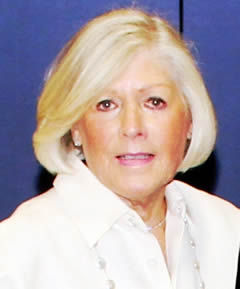 Joyce Gould has been a Wildwood Crest resident for more than 50 years. She is a graduate of the University of Miami with a degree in communications with a minor is speech. Joyce and her husband, Alan, have a daughter and two grandchildren.

Joyce is currently serving her seventh term as a Commissioner in the Borough of Wildwood Crest. She was Mayor of Wildwood Crest from 1989 to 1993, Commissioner of Public Works from 1993 to 2001 and is currently the Commissioner of Revenue and Finance. Joyce has been responsible for securing Clean Communities funds for the borough, the distribution of recycling cans to borough residents, the development of the popular borough calendar and many other successful projects and programs.

In addition to her duties as commissioner, Joyce has been very active in the community since becoming a resident of the Crest. She serves as a fundraiser for the Cape Women’s Resource Fund and many other community and charitable organizations and is a member of the fundraising board at Cape Regional Medical Center. Joyce is also a past president of the Cape May County Chamber of Commerce and the Greater Wildwood Chamber of Commerce.

Joyce’s success in the community is a direct result of listening to the residents and truly caring about her community. Joyce feels that being a Commissioner is the “best job to have to be able to give back to the community.” 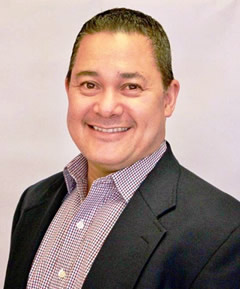 Don Cabrera  has been a Crest resident since 1989. He and his wife, Jeanine, have a 22-year-old son, Adam, who attends graduate school at Duquesne University in Pittsburgh, PA. Don is a graduate of California University of Pennsylvania and holds a BA in Recreation and Park Administration. He is the CEO of the Cabrera Companies, Inc. consisting of Real Estate, Property Management, and Home Repair.

Don enjoys running, triathlons (an IronMan) and is an avid fan of the Washington Redskins. His philosophy in government is to solve problems proactively through a business-minded approach, develop new ideas and create vision for the community. 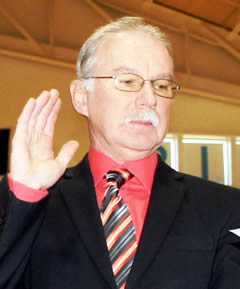 David C. Thompson is in his first term as a commissioner for the Borough of Wildwood Crest. He has been a resident of Wildwood Crest for more than 40 years. He and his wife, Kathleen, have three adult children – Kari (Nelson), Steven and Katie (Dunkle).

David built The Hardware Store in Wildwood Crest and owned the business for nearly 20 years. He is now a general contractor. He has also been a member of the Wildwood Crest Volunteer Fire Company for nearly 35 years, serving as an officer for 24 years, including a two-year stint as chief. David is also the president of the Five-Mile Beach Volunteer Firefighters Association, a post he has held for more than 25 years. He also previously volunteered as a Little League baseball/softball coach and umpire for eight years.

As the Commissioner of Public Safety, David is the elected official in charge of the police department, ambulance corps, fire department and beach patrol. He is also the borough commissioners’ representative on the Wildwood Crest Zoning Board.

IT'S BETTER IN THE CREST